Digital monies won’t crumble dollar-dominant financial ecosystem, but the idea is something India can positively build on

Last year the Chinese Central Bank rolled out pilot testing for its home grown digital currency. The tests, slated to take place in the cities of Shenzhen, Suzhou, Chengdu and Xiong’an, will involve transferring salaries to government workers in the form of the new Digital Currency (internally referred to as DC/EP) and tying up with a set of designated merchants to facilitate transactions using the currency. The end goal is to have full-fledged functionality by the time the 2022 Olympics take place.

China’s decision to move towards a digital currency has created waves in the policy community. In August last year, the People’s Bank of China (PBoC) had said that it was close to rolling out what was then called the Digital Yuan: As early as April 20 this year, the first pilot tests were sanctioned for it. Alongside the rollout came a report in April this year in the state media outlet, China Daily, which observed that, “A sovereign digital currency provides a functional alternative to the dollar settlement system and blunts the impact of any sanctions or threats of exclusion both at a country and company level”.

While there has been much furore about the threat to the current financial ecosystem, there are reasons to doubt both the immediacy and the scale of this rather tall claim. First, as observed by Harvard professor of economics, Kenneth Rogoff, the present dollar-dominant regime is backed by “America’s deep and liquid markets, its strong institutions, and the rule of law”. This becomes apparent in the Bank of International Settlements triennial survey of September 2019, where the US dollar retains its dominant currency status, being on one side of 88% of all trades and the SWIFT banking network, and as discussed in the report, continues to dominate global interbank money transfers. 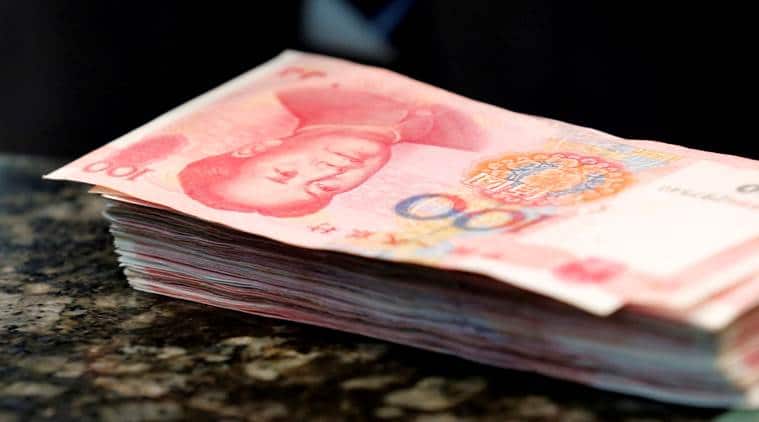 China’s decision to move towards a digital currency has created waves in the policy community.

The renminbi continues to remain the eighth most traded currency in the world, primarily because of a secondary observation made by Professor Rogoff: “China’s burdensome capital controls, its limits on foreign holdings of bonds and equities, and the general opaqueness of its financial system leave the Yuan many decades away from supplanting the dollar in the legal global economy.”

The concept of a digital Yuan however, begs further inquiry, and the fact that it will not overthrow the existing financial order should not stop us from interrogating the inherent value proposition of a digital currency. In a paper published in the China Economic Journal last year, former PBoC digital currency chief, Yao Qian, makes a compelling case for Central Bank Digital Currency (CBDC) with several observations holding equal weight in the Indian context.

By highlighting three key dilemmas in the existing monetary systems — “traceability” (the inability to accurately monitor fund flows to the individual level), homogeneity (the inability to effectively target funding to particular sectors) and “real momentness” (the inability to guarantee the timeliness of disbursal) — he presents a case for programmable, digital money, issued by the Central Bank. In China, this has come in the form of the DC/EP, and there is a genuine case to be made for India to pursue its own.

At present, there have already been significant policy nudges towards developing an Indian CBDC. The Draft National Blockchain Strategy tabled by the National Institute for Smart Governance earlier this year, has called for India to develop a Central Bank Digital Rupee on a national permissioned block chain, while also outlining the legal limitations faced by other crypto currencies in the country. Such a call seems particularly welcome in the context of the Coronavirus, as the government looks to optimise its financing mechanisms, and increase the impact of the limited funds that it has at its disposal.

In the context of financial technologies, India has made several aggressive strides forward. While the UPI has enabled instantaneous transactions, its Aadhar integration and applicability at all levels of India’s commerce have enabled its rapid scaling. In such an environment, an Indian digital currency presents itself as a logical end to the ongoing transformation of cash into its digital avatar.

India, more so than China, faces all three of the dilemmas highlighted by Qian. The opacity of our governance mechanisms only facilitates the attrition of money as it trickles down through various levels of government. A programmable digital currency that can be monitored at the central level would radically alter the capacities of our existing monetary policy. As conceived by Qian, a programmable currency could be programmed to target particular sectors, within a particular time period. In such a context, monetary policy could move away from traditionally targeting aggregate money supply and open new doors, like the precise targeting of interbank interest rates, and the establishment of dynamic sector-specific interest rates. Further enhanced by robust machine learning, a programmable currency could ensure that monetary policy chiefs are equipped with a significantly more potent arsenal for the future.

Over the last decade, India has made significant strides in the field of financial technology and a Central Bank Digital Rupee presents yet another opportunity to continue this push. The Chinese began research on their Digital Currency with the establishment of their Digital Currency Research Centre in 2017. India’s monetary leadership must not fall far behind, and seriously consider charting for itself, a path out of the analogue realm and into the digital.

With that being said we see a great threat to our home currency Indian Rupee. As more and more Chinese money will get into circulation weather its digital or traditional it will surpass and push Indian currency down in the list of most popular currencies. Then again those countries and even companies which invest more into the Asian market will have bigger assets to make its currency worldwide. Asian online market which is projected to have a whooping 800 billion revenue by 2024 is a new world of finance to take over. It looks like China is very keen on doing that with the power of its digital yuan.

Want to be the first to get more insights on the Asia’s hottest markets, fill out the contact form below. We will be glad to add you to our subscribers list .

6 Basic Investing Strategies To Make You A Millionaire

How Bonds Work in Kenya: Guide to understanding Bonds

China’s digital currency, and its threat for India’s Rupee

Digital monies won’t crumble dollar-dominant financial ecosystem, but the idea is something India can positively build on Last year the

The impact of indirect taxes on internet in East Africa.

Budget your way up!